An odd thing happened this week.  I just realized I only got one Marvel Comic this week in my pile.  Not sure how that happened? But now that ‘Secret Wars‘ is pretty much over, I expect more Marvel titles to make it back into my weekly stash.

That book was ‘Deadpool vs. Thanos’  issue 4–what can I say I’m a Deadpool fan; and I  own a copy of ‘New Mutants‘ No. 98 (first appearance of Deadpool, if you were wondering). 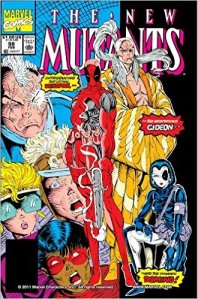 It’s not in mint condition, but still in very fine condition (some yellowing of the pages, but otherwise intact).  I checked to see how much it is selling for now; and after the pending Deadpool movie release, looks like it jumped in value a bit.  I saw a high online price of $1,750, but there are sellers out there willing to let it go for $300 – $500.  I’m holding mine for the time being.  In addition, I also have some bagged copies of X-Force 1 with the Deadpool trading card (don’t act like I’m the only one who fell for it, you know that some of youse out there got some extra copies too).  You used to be able to get that for $3 – $5; now it’s going for about $10 – $15.

So after, I read the Deadpool book, all I was left with were my DC titles.  I made it about halfway through–I’m going to save the rest of my DC books for some weekend reading.

This week, I read Batgirl 45.  That title has really grown on me over the past few years. It makes me feel young again; and in this issue the Dick Grayson/Barbara Gordon thing gets settled–sort of. Plus a wedding.  Check it out.

Grayson 13 also got read (and a few other books mentioned below). At first I was skeptical of the Dick Grayson/James Bond like thing DC has going on, but with good writing, it’s holding up well. Kudos to Seeley (he also wrote this week’s ‘Deadpool vs Thanos’, by the way) for the poetic literary allusion to Percy Byshhe Shelley’s ‘The Cloud.” Does anyone know what a ‘cenotaph’ is?

Also, I have an odd hankering for chicken schnitzel … 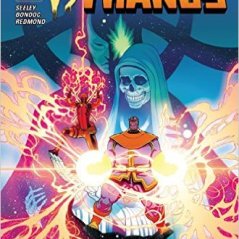 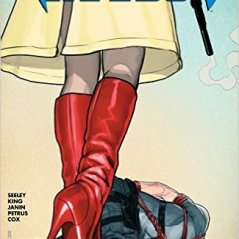 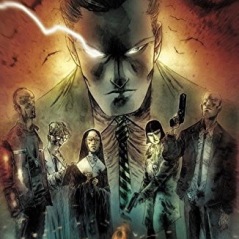 And here are the quotes:

“We stumbled upon a war in Hell … Mephisto greeted us kindly.  Though he could have offered us a drink no?”

“Okay what am I doing here? Everything’s in German. So I should probably steal a BMW, kill someone for a schnitzel, and then have sex with one of Kraftwerk’s amps, yeah?”

“In a city of horror … I swore to protect the innocent. When I failed … he swore to avenge them.”

“What is “Rational”? If we are being honest, we must understand. We operate so far outside logic, so much of the time. We act, and then we explain our actions to ourselves.”

Ray Fawkes, Gotham by  Midnight No 10

“When you kill for a living like I do, you take on certain occupational hazards.”

“If the world is ending, I wanna be able to update my status #IMTOOYOUNGTODIE. You feel me?”