‘The Ultimates’ was not originally in my Pull List, but I started hearing a lot of buzz online about this one, so I went out and picked it up the next day after #ncbd.  I was blown away!  If it keeps up the momentum, this is gonna be one badass Marvel hero team book.

The Illuminati No. 1 is the villainous flip side to the Marvel World. What is the Hood up to?

‘Secret Wars’ is only one issue away from the end, but the new post-war titles are already coming out.

The murder mystery finally gets solved in Thors No. 4, and I can’t wait for the series to begin again in its regularly scheduled time slot.  I’ve been a fan of Thor since the Walt Simonson days, and the Goddess of Thunder can do no wrong in my book.

An old grizzly Hawkeye (Clint) makes his debut, alongside Hawkeye (Kate). ‘Hawkeye’ No. 1 is written by Jeff Lemire, so it can’t disappoint.

Spider Gwen. Captain America, and the Falcon take on the Lizard in ‘Spider Gwen’ No. 2.  This series is hot. 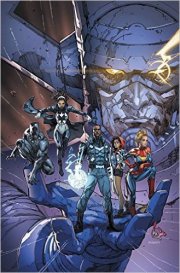 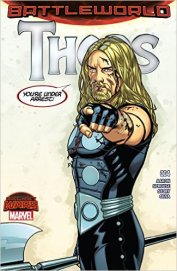 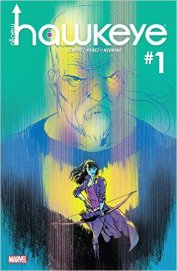 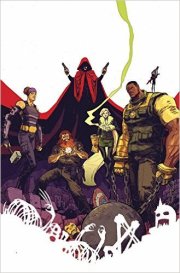 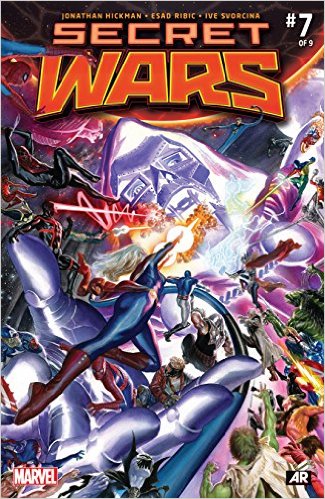 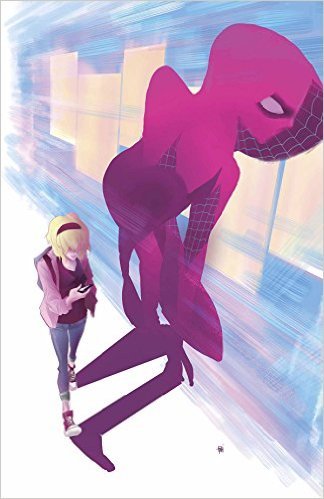 “What good is having deadly designer genes–if all you ever kill is time?”

“Trust Me. Death is just a different kind of journey …”

“In times like this, there is nothing to do but laugh and call down the storm, and when you bleed, laugh even more.”

“The pure stuff of creation was not compatible with the world we knew.”

The Ultimates No. 1, Al Ewing, with Art by Kenneth Rocafort, Marvel Comics