Just wrapped up about three weeks worth of Image books, so again some overlap here with titles from the last two weeks. 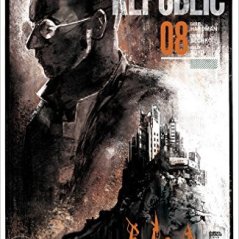 Who knew Canada has a Brooklyn too. Too many of us Americans are ignorant of our northern neighbor. The Violent #1 gives us a sneak peek at the underworld up North in Vancouver.  Someday, when I get a chance I’ll take a trip to Strathcona to see what it’s all about.

“… they just spread like hipster herpes and now I can barely afford to pay my own rent because Strathcona is ‘Vancouver’s Brooklyn.'”

“The man who runs from his destiny only gets weary for his trouble… for we all end this journey cradled in her arms.”