It’s been over six months since my last blog posts, and in reviewing them it became clear that something was missing.  All that was tendered in these writings, that promised to extol the virtues of the comic book medium and its offerings, was “strict judgment” and a few choice words of appreciation (peppered with quotes)–but the WHY was left unanswered.  There was no evaluation, analysis, interpretation, nor comparison.  The posts were extremely subjective (although that in itself was not bad, they were shallow), and they did not display any deep sensitivity whatsoever in their descriptions.

A different approach was required, but my options were limited.  A redo in life, and returning to school to become an English Lit major was out of the question; but perhaps book driven autodidaction offered a more economical–in both time and money–means for me to acquire the skills and vocabulary necessary to develop a “heightened sense of how literature works and what it does.”  The first reading referred to was a serendipitous find on amazon.com: ‘The Complete Idiot’s Guide to Literary Theory and Criticism,’ by Steven J. Venturino  PhD (and it is hoped that he does not take offense at this subversion of his work).

In addition, I purchased and read A.O. Scott’s, ‘Better Living Through Criticism: How to Think About Art, Pleasure, Beauty, and Truth’ (as to the why, will be made clear in later posts).

The comic book medium, however, is unique from pure literature in that it makes use of both text and graphics to tell its stories.  An improved understanding of Art, and the expressions necessary to “translate visual experience[s] into written language” was also needed.  For this, the following texts were read: Gilda William’s ‘How to Write About Contemporary Art’ and Scott McCloud’s ‘Understanding Comics’.

The hope was that these readings would actuate a metamorphosis in me as a writer, and elevate my experiences of life, art, literature, and its under-appreciated cousin: the comic book. Come join me on this fantastic and amazing textile and graphic journey!

My top pick for tomorrow is DC Comic’s Darkseid Special #1.

Given that we celebrate Jack Kirby’s centennial this week, this book is aut0 selected as my number one pick.  Penned y Mark Evanier (Kirby’s biographer), and with Paul Levitz, it includes Granny Goodness, an OMAC short, and a classic Kirby Fourth World story.

Just a few picts to celebrate Kirby’s 100th Birthday.  The Monsters on the Prowl is one of my favorites.  It Came out in April 1972. Has three stories: A Roy Thomas Kull, Steve Ditko short, and they saved the best for last … a short by Jack Kirby.

The others are also from my personal collection. A little beat up, but luv em anyway! 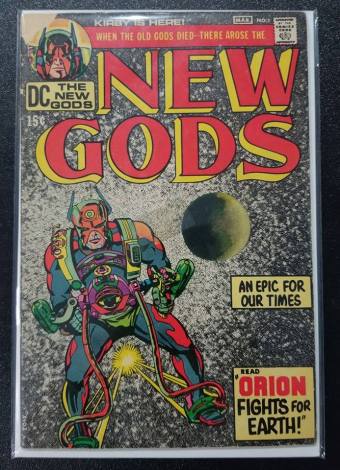 It’s been a while since my last blog.  A lot has happened.  Trump, for better or worse is our president, my job has been reorganized and I lost a few peers in the workplace, and sadly … my dog passed.  As a result my comic book readings stalled for a while (and piled up in a dark recess of my home), as I dealt with some difficult life changing events.   Thankfully my pull list @MidtownComics remained in place. 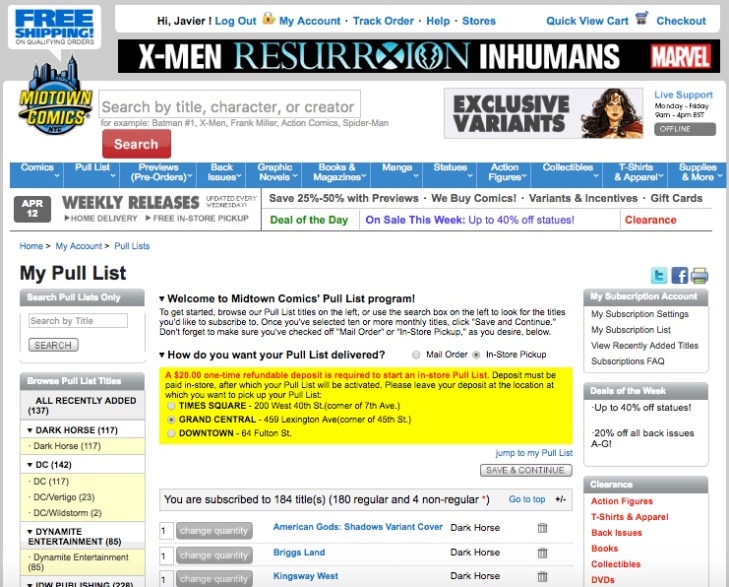 Nonetheless, I’ve made some changes to my comic book reading preferences between now and then.  Their is now a marked decrease in my weekly Marvel pulls (still some gems there though); but I also made some new additions across some DC and Independent titles. 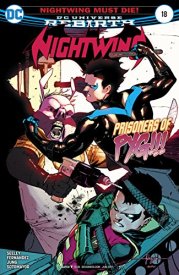 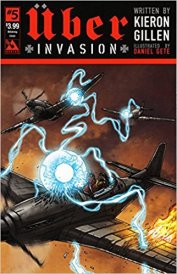 I’m also going to try a different tact within this blog.  I’ll continue publishing quotes, but now will do so within a written review–seems to be the thing to do to sing the praises of your favorite current book.  The reviews will use a basic 10 scale scoring system, with a ‘BUY’ or ‘READ’ recommendation (albeit it will be more intuition than science for me).

Also, unless I say otherwise, you can safely assume I purchased any book I review.  I’m not for sale; I buy my comics with my hard earned dollars workin’ for The Man.  In addition, I plan to change the look and feel of this blog site, but that’s a work in progress–keep an eye out for that, it’s coming sooner than you think.

and Nikocell S474 cameras eyes.  In Rob Cohen’s Red Dog, adapted by Andi Ewington, the wolfpack takes on a new meaning as this team of cyber hounds come together under young Kyle’s expert training.

This cinematic and entertaining western themed sci-fi read comprises all the good basics: an off-world mining colony on the dusky planet Kirawan; shared by its new human residents and primitive war-like indigenous bug-eyed alien population. Kyle, the only child on the planet, does his best to survive amongst the adult population, alongside his superior engineered robotic K-9 companions, and slightly dysfunctional family.

The plot is familiar, but the vivid visuals and fast-paced story telling keeps you hooked wanting for more.  After all. who can’t relate to the love of a young boy for his android dogs.

Here is the quote:

Running a few weeks behind, I finally managed to catch up with my stack, closing the book on the final two issues of s6x.  Written by George Pelecanos and Andi Ewington, with art by Ty Dazo and Mack Chater (and covers by Ben Oliver) this mini-series pushed McQuade’s team to its Zen ending of no ending.  Sacrifices were made, battles were won and lost, and secrets were revealed; but the war against the Cartel continues.

This is a fantastic action-packed read, especially if you are into the special operations military genre.  If you missed the print copies, check out their website for digital details; and perhaps, who knows, a TPB offering may be in the works for the future.  I’ll keep an eye out for you.

Here is the final quote:

Elana Guests on Blastr’s Who Won the Week

This week, special guest Elana Levin joins Blastr for a discussion of a couple of big changes in the sci-fi canon: Riri Williams taking over for Tony Stark as Iron Man in Brian Michael Bendis’s post-Civil War II run, and the announcement that a well-known character would be written as gay in the upcoming Star Trek Beyond. Are these good steps toward a more diverse and inclusive genre? They break it all down. 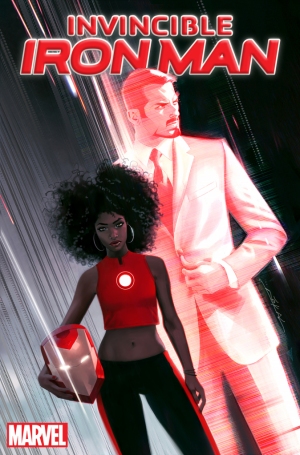 I’ve been a writer as long as I can remember. My mother recalls me sitting quietly in the living room taking construction paper, a hole puncher, yarn, crayons and writing and illustrating my ‘first’ book at 6 years old. As I grew, the stories I wrote became more thoughtful, more complex and somehow I landed in the arena of comics. Comics became my refuge at an early age; granted I’ve always read different types of books and novels, but comics stole my heart. They combined art with the written word; I was just thunderstruck by the perfection of the blending of the two. Creating characters was an ongoing practice for me, at 10 years old I was certain that Marvel or DC would want to buy my characters. My mother even called the Marvel offices for me to see if they would be willing to. Now here I am several…

Turn on some Sleigh Bells (Veruca Salt if you’re old school) or the Cowboy Bebop soundtrack, and get ready to be amazed by Kim and Kim #1. The new Black Mask series from writer Mags Visaggio, artist Eva Cabrera, and colorist Claudia Aguirre follows the adventures of Kim Q and Kim D, a pair of fast-talking, fashion forward, and not afraid to cave your face in with a musical instrument bounty hunters. As they travel the Omniverse in their flying van, they try to avoid any entanglements on the way to pay dirt, but of course, this doesn’t happen, and thus the comic has a plot. The story of ne’er do wells trying to stay solvent in a dangerous sci-fi setting has been told several times before in shows like Firefly and Cowboy Bebop, but Visaggio, Cabrera, and Aguirre put their own mark on the genre with a candy floss…